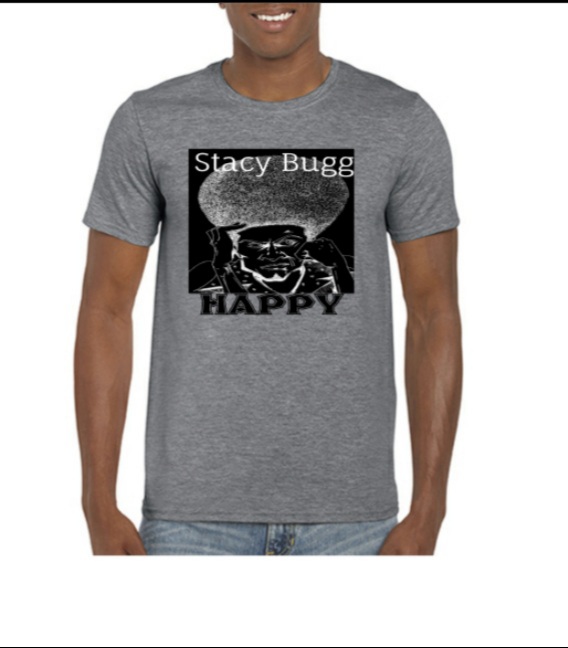 Show everyone how happy you are with this high quality t-shirt featuring the CD cover image. 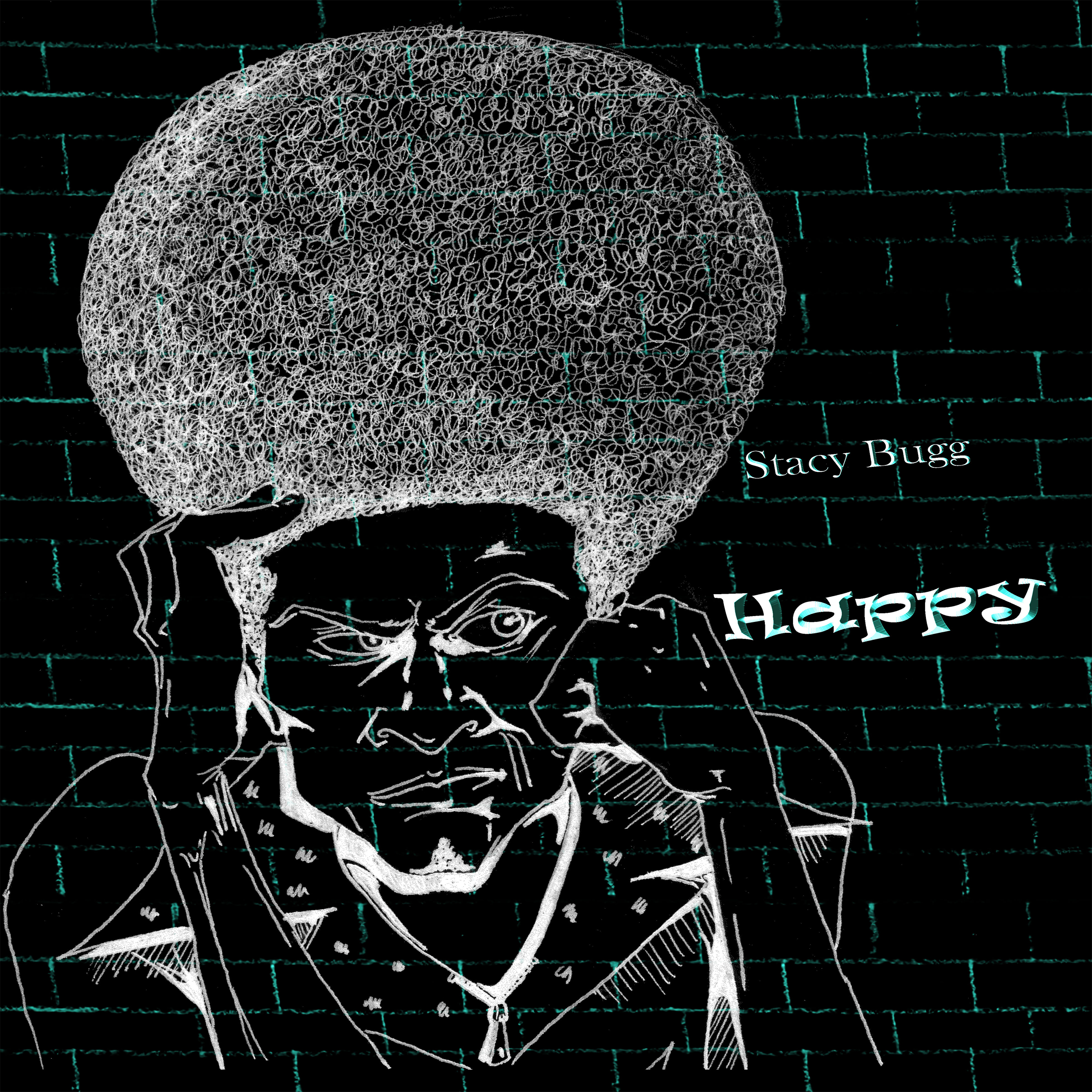 HAPPY is Stacy Bugg’s Newest Cd on a USB Dongle.  Released in August of 2020. It’s a 10 Song CD featuring songs in the styles of pop, rock, funk, country and r&b.

HAPPY is Stacy Bugg’s Newest Cd. Released in August of 2020. It’s a 10 Song CD featuring songs in the styles of pop, rock, funk, country and r&b.

Again was a labor of love to break up the routine of getting up at 5 every morning to get ready to commute to Comm. Ave in Boston.  It was written and recorded during a 9 day period and mixed the following week. 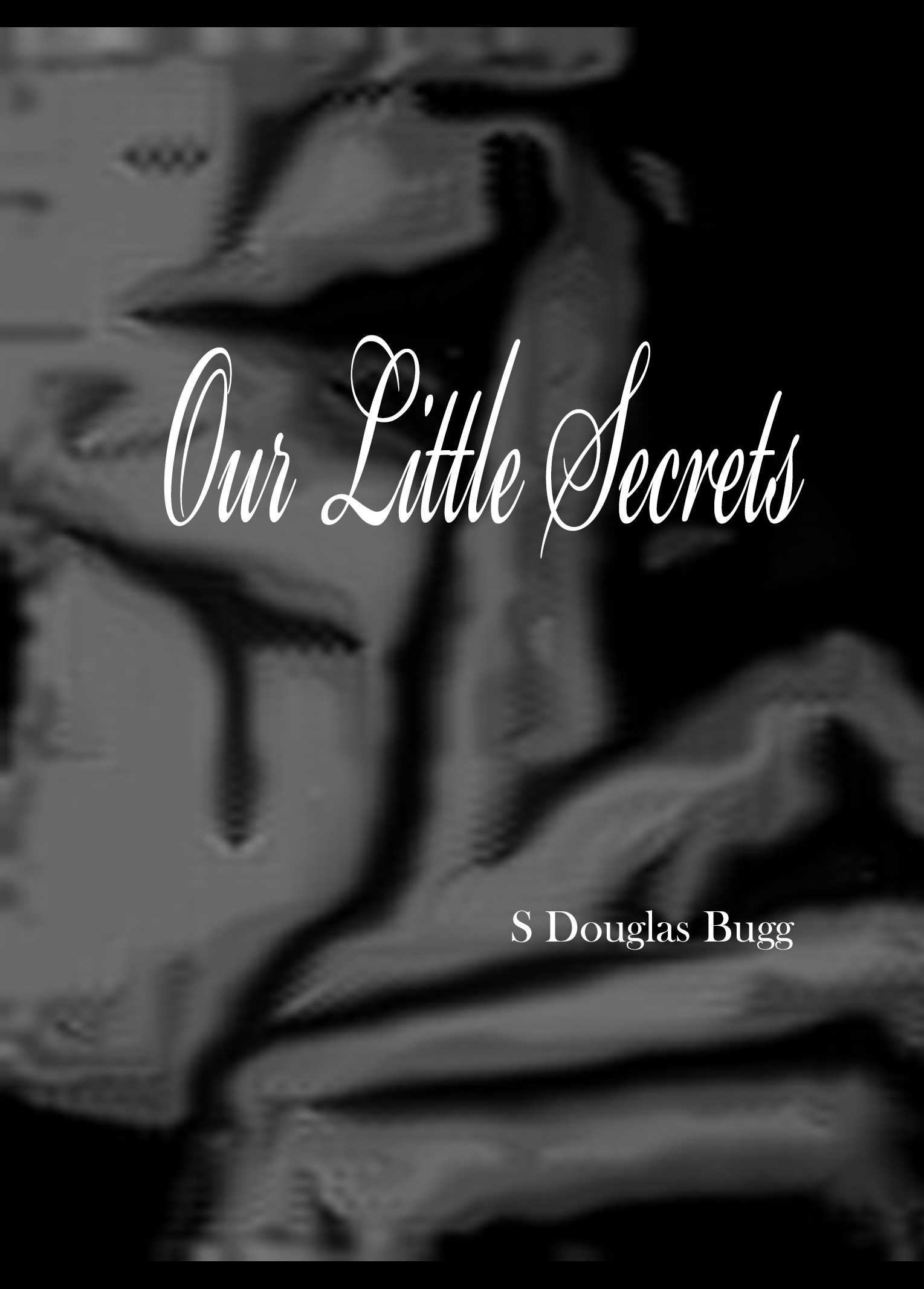 Our Little Secrets is a book idea that had been floating around in my head for years.  Some of the character names are nods to people I have encountered in my life, and some of the settings are places I visited a lot while I was in a band that performed in the Providence and Newport, Rhode Island areas.  And just so you know, it is…a work of fiction. 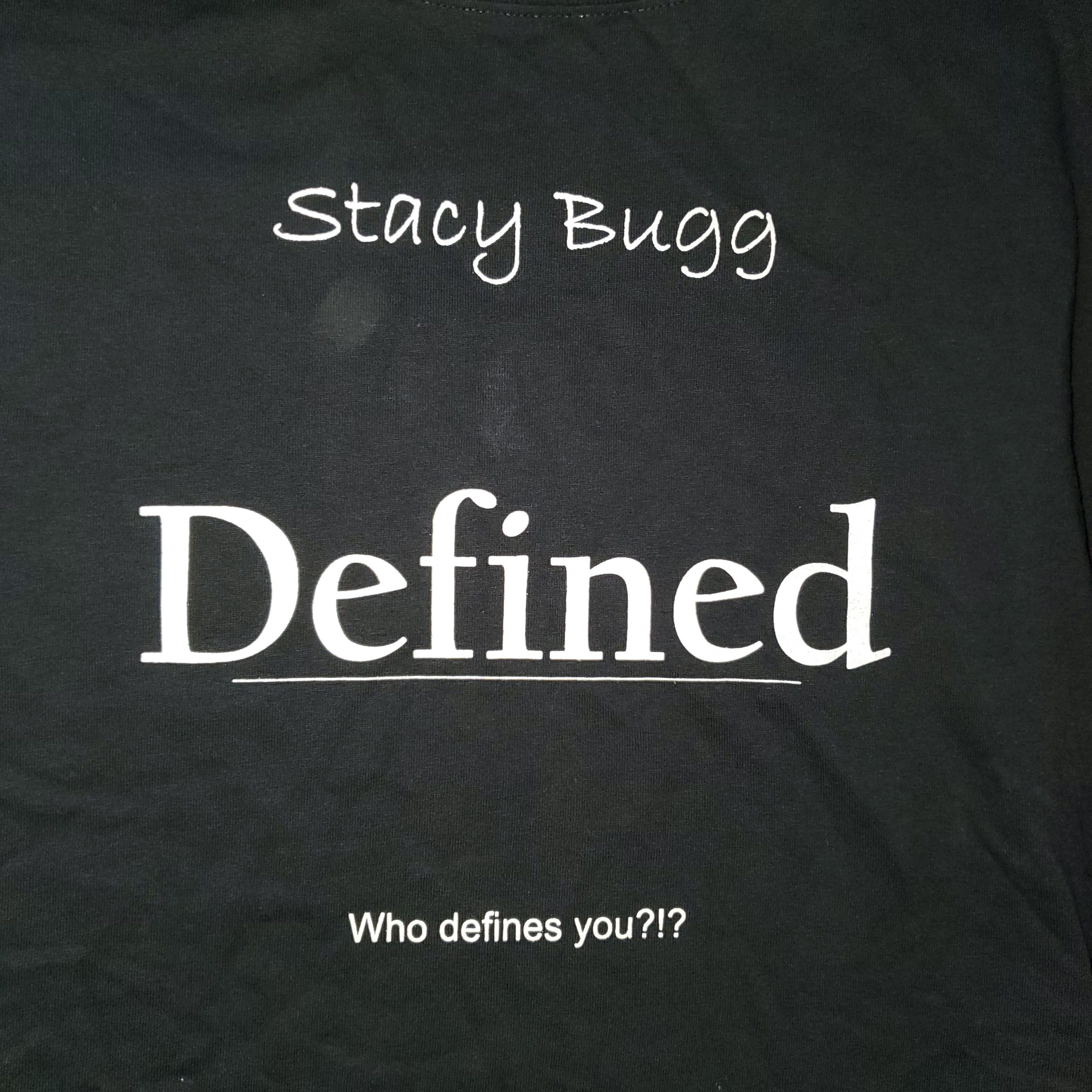 Defined T-shirt. Who defines you.

In a world where we’re bombarded by the media, friends, family and television I see a lot of people defined by expectations, fear and responsibilities. I often wonder if people would be happier if they searched inside and decided who they want to be and then required that the media they are exposed to, the friends and family they are surrounded by and the television that they watch are their to support them and left them up as they pursue their best life, instead of holding them down so that they fit in a nice, predefined box.

3 by THE AMAZING MUDSHARK. Although not necessarily a “STACY BUGG” project, the work I did with this band live and in the studio is something I am very proud of. The CD was produced by the band and musician extraordinaire, Jim Stinnett. 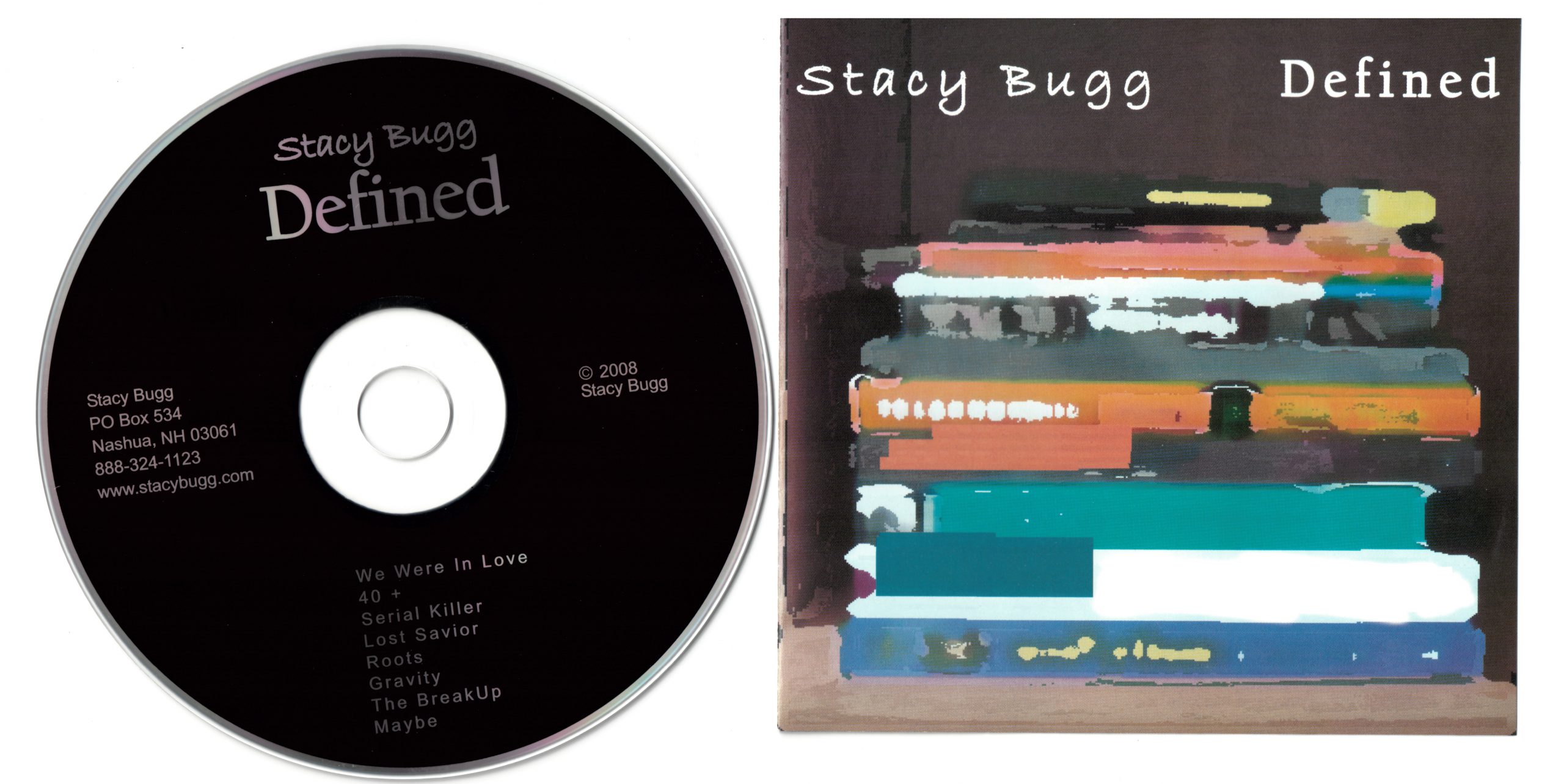 DEFINED is my second CD. I had moved my studio from Nashua, NH to a small garage in Lowell. The vibe was quite different and I believe it was present in the music.

It was recorded at KOZAR STUDIOS, a music complex I owned for 15 years.

The music is raw and inspired and definitely original and leans towards rock and funk.